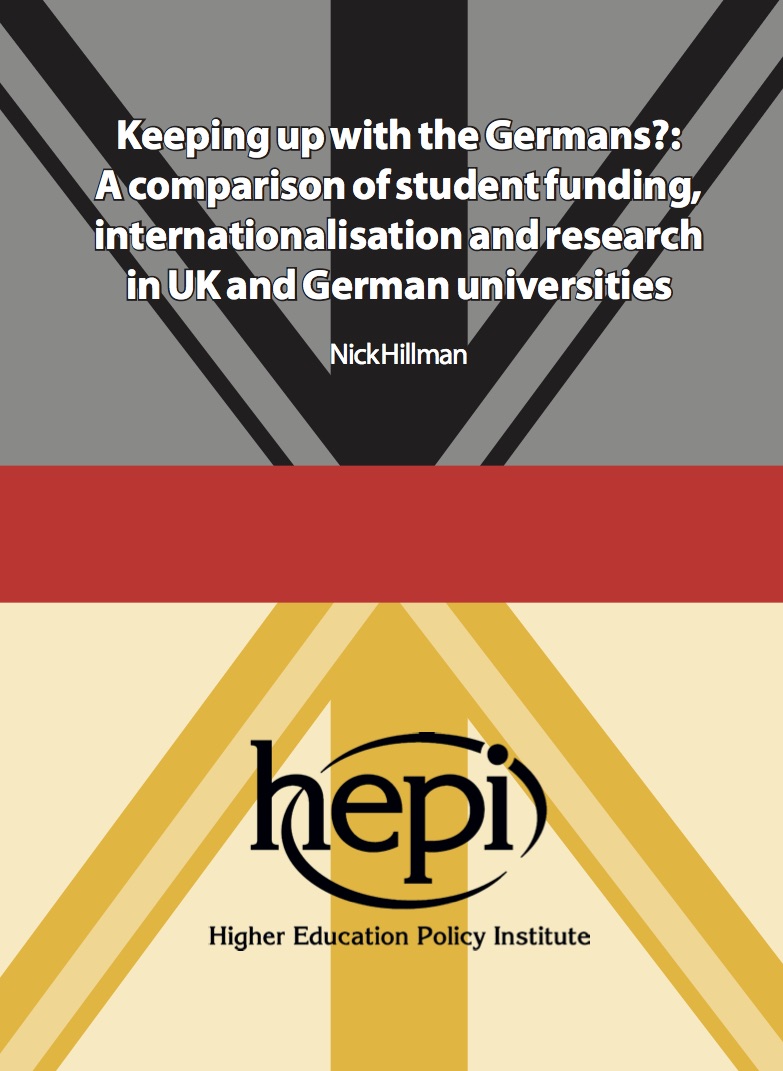 On Thursday, 3rd September 2015, the Higher Education Policy Institute publishes Keeping up with the Germans?: A comparison of student funding, internationalisation and research in UK and German universities (HEPI Report 77).

Nick Hillman, Director of the Higher Education Policy Institute and the author of the report, said:

‘People in England, Wales and Northern Ireland often ask, if Germany can abolish tuition fees, why can’t we? Part of the answer is that Germany sends a lower proportion of young people to university and spends less on each one. When fees existed in some German regions between 2006 and 2015, they were small and those regions which had them were played off against those that did not. While many people believe Germany has lit a path for England, Wales and Northern Ireland to follow, many Germans regard their current arrangements as unsustainable. On this, and indeed many other higher education issues, there are sharp parallels between higher education debates in Germany and Scotland.

‘Where Germany undoubtedly has clear lessons for the whole UK is on its open approach to the internationalisation of higher education. While UK universities continue to perform better than German ones on international engagement, the UK is hunkering down while Germany is opening up. There are things the UK could learn from Germany on the calculation of the economic benefits of educating international students, as well as on post-study work and where policy responsibility for internationalising higher education should rest in government.

‘Analysis of the British and German university systems also highlights the depth of research collaboration between the two countries. The success of this relationship is an exemplar of how different nations can work together for the common good. It is an overwhelmingly positive story, but it could potentially be disrupted by changes to EU research funding. The absence of clear demands from UK universities in the run-up to the EU referendum is arguably a missed opportunity to give firmer foundations to things that currently work well.’