The Higher Education Policy Institute (HEPI) publishes its Response to the higher education green paper on 7 January 2016. It is a collection of contributions from experts in each of the main areas covered by the green paper.

‘The higher education green paper has lots of positive features. It is genuinely consultative, it has contributed to the debate over the quality of teaching and learning in universities and it recognises the need to address the regulation of higher education. It would be a tragedy if the chance to introduce a new Higher Education Bill was flunked for the second time.

‘The green paper’s biggest problem, however, is its lack of memory. The proposals are not sufficiently informed by past attempts to improve university teaching nor by past attempts to use metrics more heavily in assessing research and they ignore the proven benefits of routing public funding for English institutions via an arms-length body. The green paper also makes an unconvincing comparison between student unions and trade unions, and ignores the social and welfare benefits that student unions provide.

‘These issues, and more, are covered by the various experts we have brought together to respond to the green paper. They have eschewed the specific questions posed by the Government and instead provide some essential context and propose some alternative policies. Among the recommendations are: using process measures for the Teaching Excellence Framework; recognising the breadth of jobs that will need to be undertaken by HEFCE’s successor and naming it something other than the Office for Students; and taking a more ambitious approach to new providers.’

The collection includes a short ‘Introduction’ by Nick Hillman that refers to some new polling on what students regard as the most helpful indicators of teaching quality. There are six chapters: 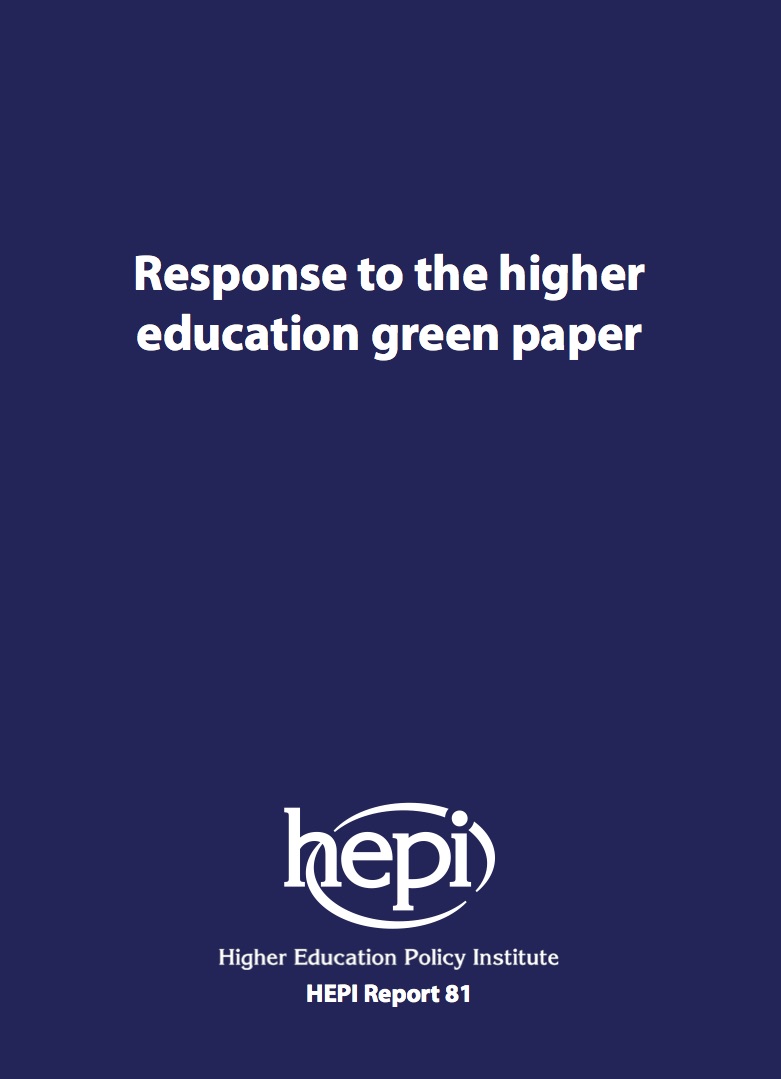