HEPI is today publishing a major comparative study entitled Higher Education in New Zealand: What might the UK learn? It has been written by Sam Cannicott, an education expert who until recently worked at Regent’s University London and who now works for Statistics New Zealand.

The New Zealand higher education sector is small compared to the UK’s, but it performs well in international league tables and New Zealanders have given deep thought to issues from which the UK must learn. These include:

‘New Zealand’s no-nonsense approach to collecting student loan repayments from graduates overseas highlights the timidity of the steps taken in the UK. Former students who fail to make repayments face arrest at the New Zealand border, which is proving to be a strong deterrent.

‘Breaking the link between income and loan repayments for graduates who head overseas, as New Zealand has done, removes bureaucratic barriers that make it difficult to chase repayments. Brexit presents an opportunity for the UK to learn from New Zealand because there is less need to ensure the repayment terms of EU students are the same as those for domestic students.

‘The UK is missing a trick by concentrating international student recruitment at the tertiary level. By following the New Zealand model and opening up the school system to international pupils, the UK could develop a useful pipeline for higher education institutions.

‘New Zealand’s experiment with abolishing student number controls was short-lived. It blew the tertiary education budget and serves to highlight the risks of the approach being pursued in England. At the very least, New Zealand’s experience suggests British policymakers are right to be cautious about relaxing number controls around alternative providers and sub-degree provision.’

‘Tax evasion and benefit fraud rip taxpayers off. Defaulting on your student loan could be regarded as just as bad. Yet it is fairly common among both Brits and EU citizens who study in the UK before working abroad. Whitehall has never gripped this problem fully but New Zealand’s experience suggests strong enforcement action works.

‘If the Government is serious about wanting to sell off the student loan book to the private sector, tougher penalties for non-repayment would also increase its value. Given that the £9,000 fees regime is now maturing and that postgraduate loans are being introduced, a new repayment regime for those living overseas should be a more urgent priority than ever before. Ministers, MPs and peers should consider amending the Higher Education and Research Bill currently before Parliament to ensure higher repayment rates.

‘The New Zealand experience also shows how tough migration rules can be counterbalanced by a genuinely warm welcome for international students in all parts of the education system. Responsibility for higher education was recently put back inside the Department for Education and I hope Justine Greening will learn from New Zealand’s joined-up strategy for education exports. 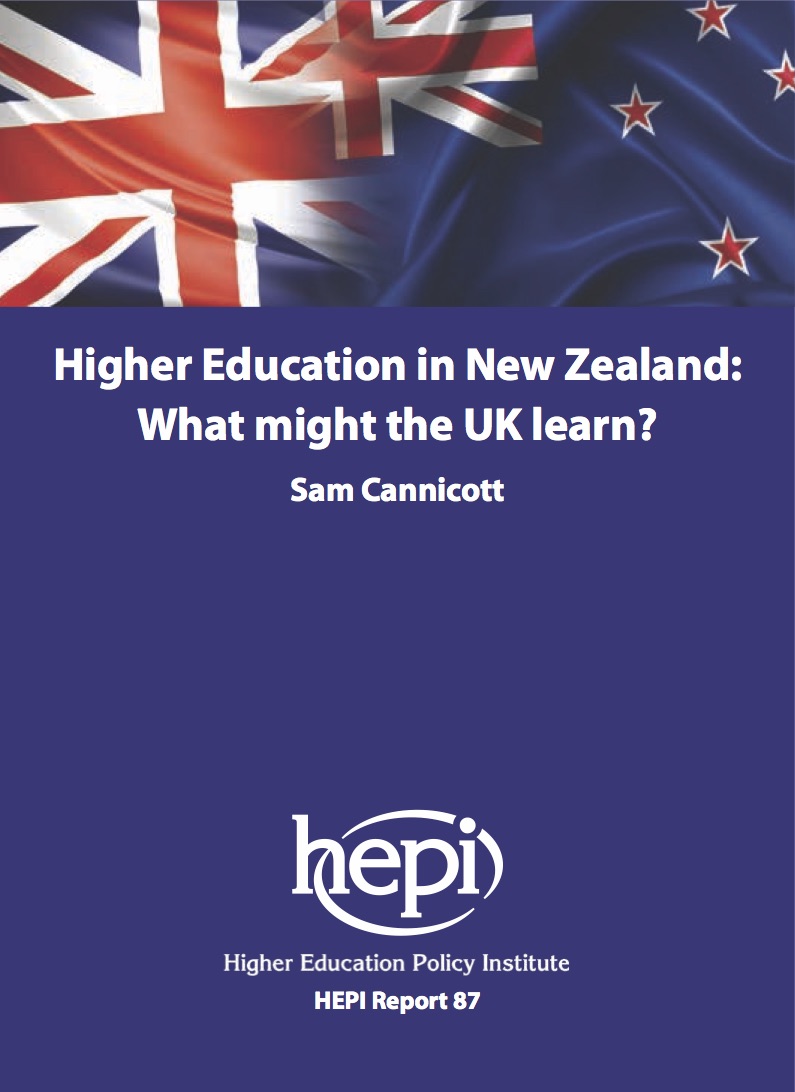