August seems as good a time as any to put up something we have been meaning to post for a while: the text of Anthony Crosland’s Woolwich Polytechnic speech of 27th April 1965.

It is incredibly important in higher education policymaking, as it announced the binary system of polytechnics and universities (against the recommendations of the Robbins report and, ironically, just as a binary system was being washed away in secondary schooling).

Despite its importance, the 50th anniversary last year was ignored and the full speech text is next to impossible to get hold of – when I worked on higher education policymaking in Whitehall, no one had a copy. 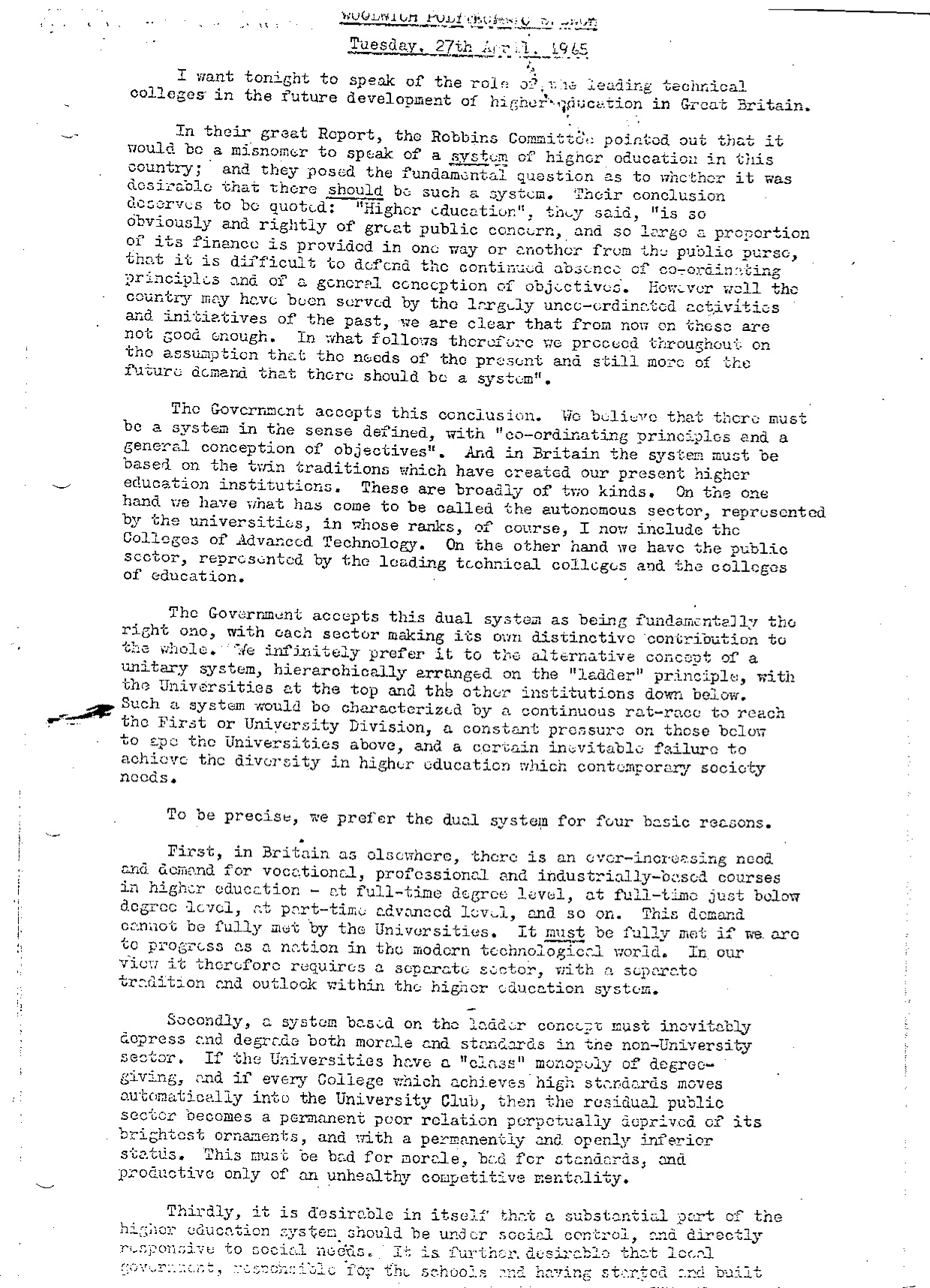 Fortunately, an ingenious private secretary managed to track this rare copy down from elsewhere. It deserves a wider readership as it explains the rationale behind having a less autonomous, more employer-focused set of higher education institutions sitting alongside universities.

For the avoidance of doubt, HEPI strongly supports the concept of a single higher education system: we are posting this because of its historical interest and the resonances with some never-ending education debates – not because we agree with it.