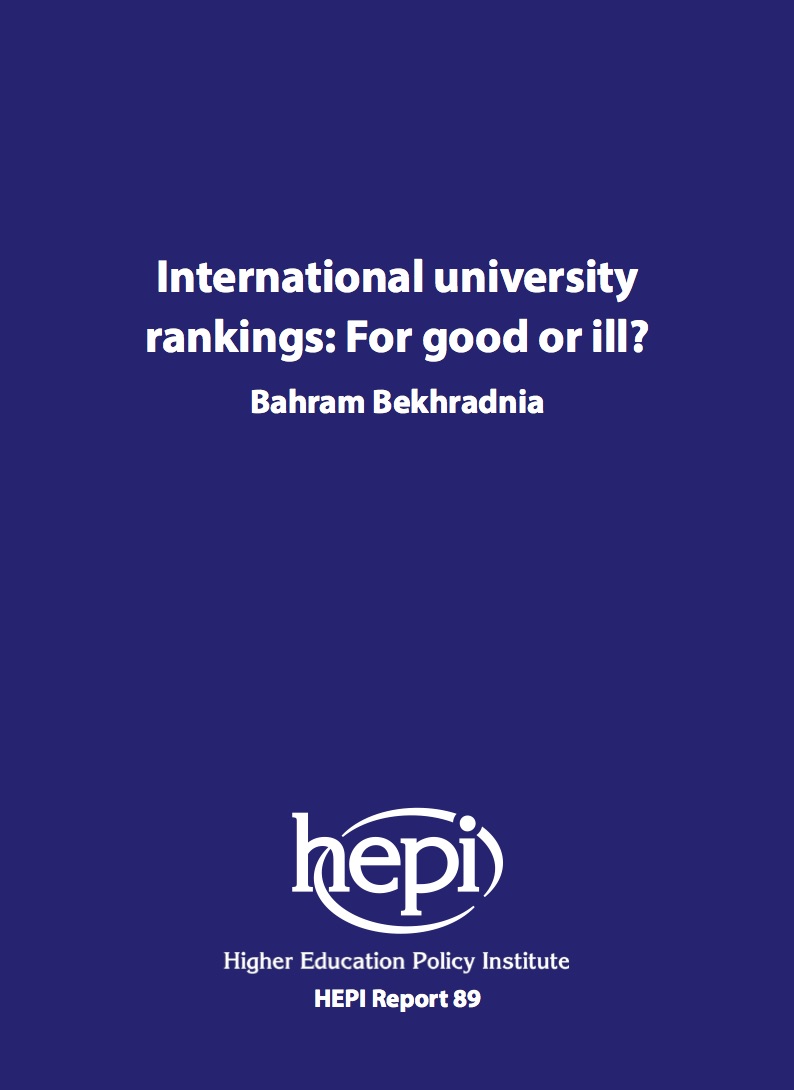 The new research shows the league tables are based almost exclusively on research-related criteria and the data they use are unreliable and sometimes worse. As a result, it is unwise and undesirable to give the league tables so much weight.

The author of the report and HEPI President, Bahram Bekhradnia, said:

We have followed the evidence to its conclusion and show that international rankings are one-dimensional, measuring research activity to the exclusion of almost everything else. They do not match the claims made for them. They fail to identify the “best” universities in the world, given the numerous functions universities fulfil that do not feature in the ranking. Indeed, what is arguably their most important activity – educating students – is omitted.

Universities, their governing bodies and governments should heed our unavoidable conclusion: they should focus on their core functions because it is the right thing to do, not because it may improve their position in any rankings.

This study is overdue. Many people working in higher education enjoy looking at the league tables to see which universities are up and which are down. But what should be a fun talking point is taken ever more seriously with each passing year.

Governments are now making funding decisions according to league table positioning and university managers are being held to account for a set of measures which are poorly understood, use questionable data and are limited in scope. This may even cause harm by deflecting institutions from their full range of activities.

The report considers the inputs for the various international league tables and discusses their overall weaknesses before considering some improvements that could be made. These include: