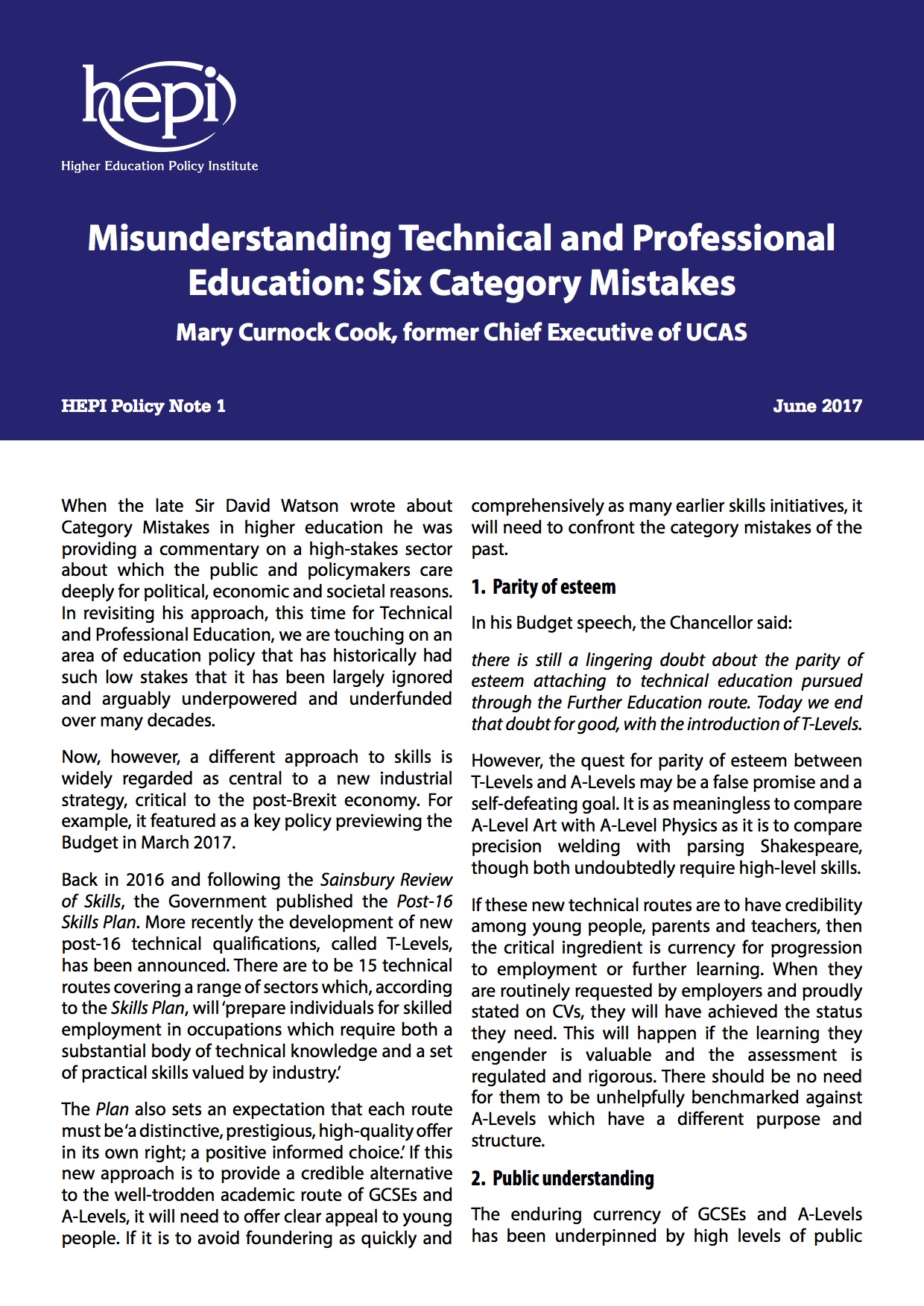 ‘The success of the British economy, particularly after Brexit, will depend in large part on the quality of technical and professional education. In the past, this has generally been ignored, underpowered and underfunded.

‘Before the recent general election, skills policy was – rightly – placed at the heart of a new industrial strategy. Technical education is now being reorganised into 15 routes matching the main industrial sectors and new technical qualifications, called T-Levels, are being introduced.

‘I’d love to see this new attempt succeed because students and employers would welcome it. But there are some fundamental design flaws that need to be ironed out up front.’

‘The Conservative manifesto promised to make British technical education “as prestigious as our world- leading higher education system”. That challenge has proved a particularly big conundrum for British policymakers, bedevilling past administrations.

‘Recent changes provide hope that we can raise our game, but they will not succeed without further improvements. In particular, if the new T-Levels are to be respected by students and employers, they need to be clarified, tweaked and explained.’