The Higher Education Policy Institute and Youthsight have polled students for their current political views, voting intentions and opinions about Brexit. The results are being published in A Brexit Youthquake (HEPI Policy Note 4) by Jane Mackey, Research Manager at Youthsight, and Nick Hillman, Director of the Higher Education Policy Institute (HEPI). 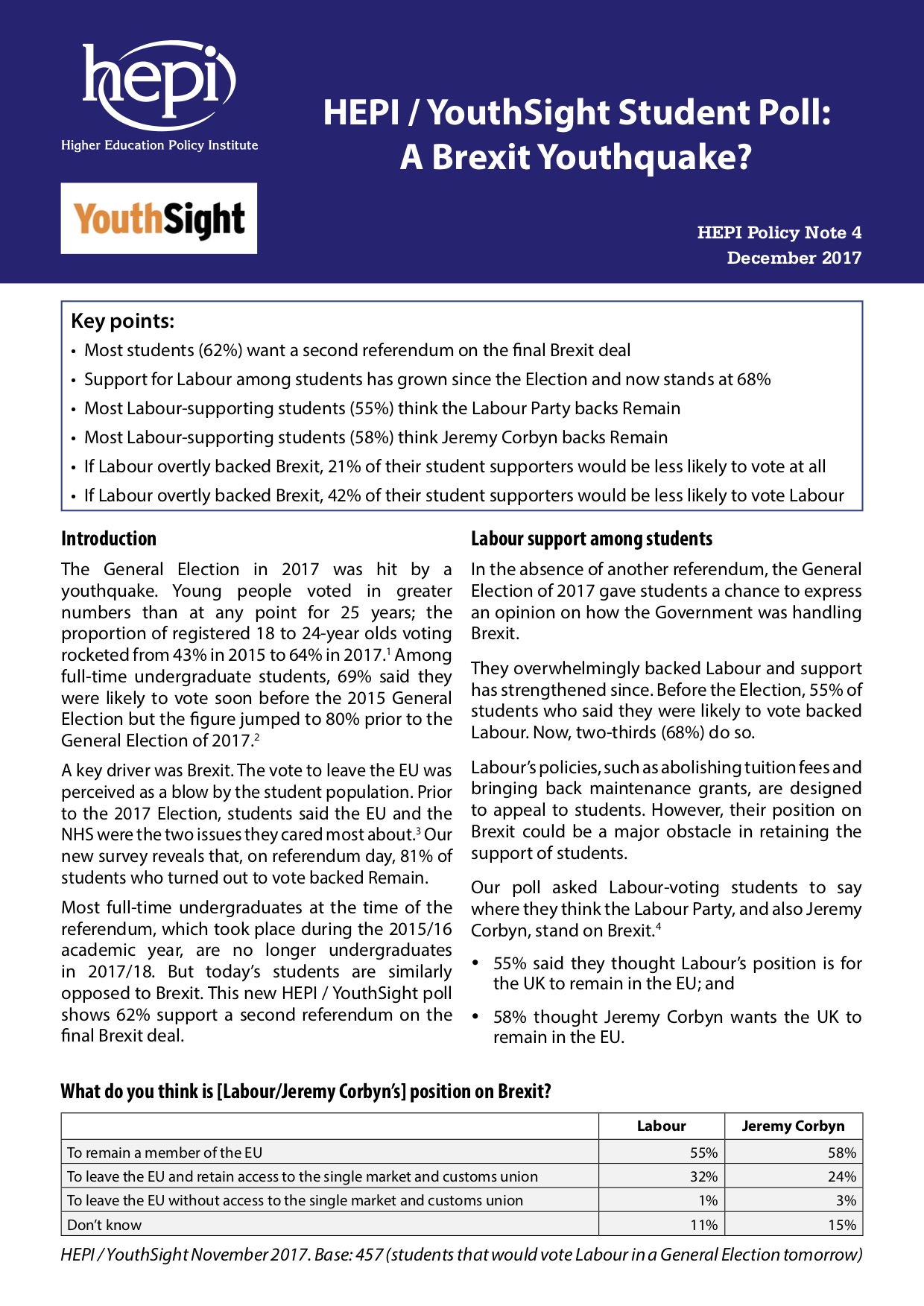 Students are often regarded as having a fixed place somewhere on the left of the political spectrum. But no political party can take them for granted.

Jeremy Corbyn did incredibly well among students and in university cities at this year’s general election. However, this strong support could turn out to be as soft as past student support for the Liberal Democrats. It all depends on Labour’s position in relation to Brexit for nearly all students oppose the UK leaving the EU.

While two-thirds of students back Labour, over half of them think Labour is a pro-Remain party. If their perceptions changed, then a high proportion would be less likely to support the party or to abstain from politics.

Our data show that students’ understanding of Labour’s position on Brexit is based more on hope and projection than understanding and reality.

Jeremy Corbyn and the Labour Party need to make their position on Brexit crystal clear if they want to retain the support of students. If they don’t, then the party could find their much-vaunted youth vote simply melts away.

Given Labour’s standing in the national polls currently, the party’s position on Brexit could be the crucial factor determining whether or not they taste victory at the next election.