When, next week, the Office for National Statistics (ONS) rule on the way student loans appear in the national accounts, many people will perform a rue smile.

The Government will be embarrassed because getting student loans off the books was arguably the primary cause of the high fees we have. The way loans are accounted for provided an answer to the question of how to protect institutional income and increase student numbers even in the depths of austerity – but this came at the price of much larger student debts.

People who have always opposed the levels of austerity we have had or who just dislike high fees or who enjoy seeing the political class with egg on their faces will have a field day. Some may hope that, if grants and loans look less different in the national accounts, then grants (teaching grants to institutions and / or maintenance grants to students) might come back in vogue.

But the chickens will come home to roost.

Assuming the ONS put the part of student loans expected never to be repaid on the books, then the policy debate is likely to shift to focusing on how this sum can be reduced.

All four would hit students and  / or graduates hard.

I don’t want to live in a world where politicians set their own accounting rules. Then we really would live on the ‘never-never’. Just as the Coalition followed the standard accounting rules back in 2010, so Mininsters should do so now.

The main options are shown in the chart from the Office for Budget Responsibility (with additions in the form of boxes from HEPI) below. The green line, or something like it, is much the most likely outcome. 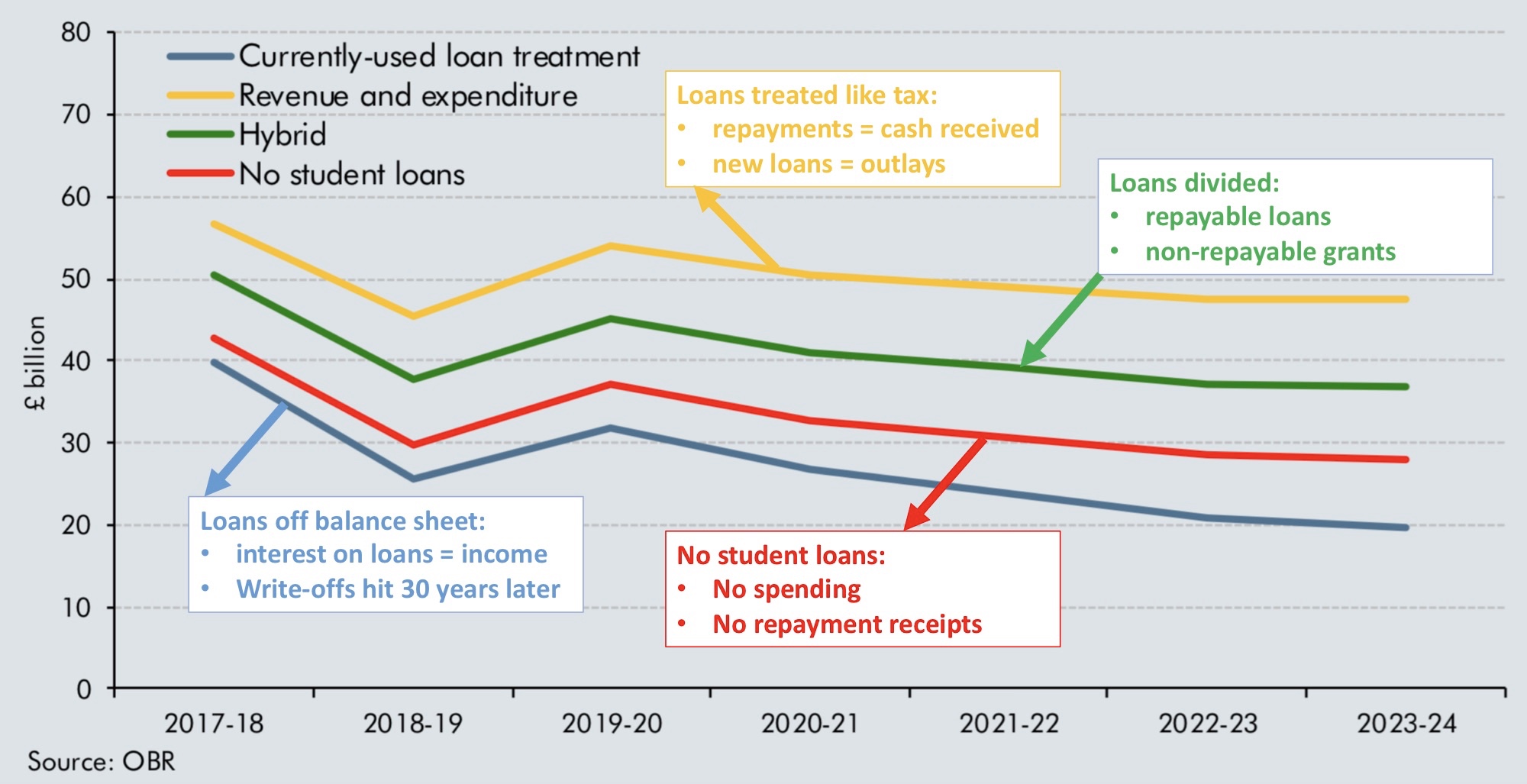 But let’s not pretend it’s a painless decision for everyone except the Government. It may be a little embarrassing for policymakers to have to change their numbers, but it is almost certainly students and graduates who will end up paying for it.

The Treasury could try to limit any fallout by claiming any change is merely an accounting change and makes no difference to the real world – they could, for example, ring fence the extra public spending that comes from moving from the blue line to the green line and try to persuade people it doesn’t matter for things like fiscal rules. Yet haven’t we just seen in the recent pensions dispute how technical financial calculations can end up having real world effects?

In short, anyone who thinks the ONS decision is an early Christmas present may find it splits open to reveal some sharp insides.